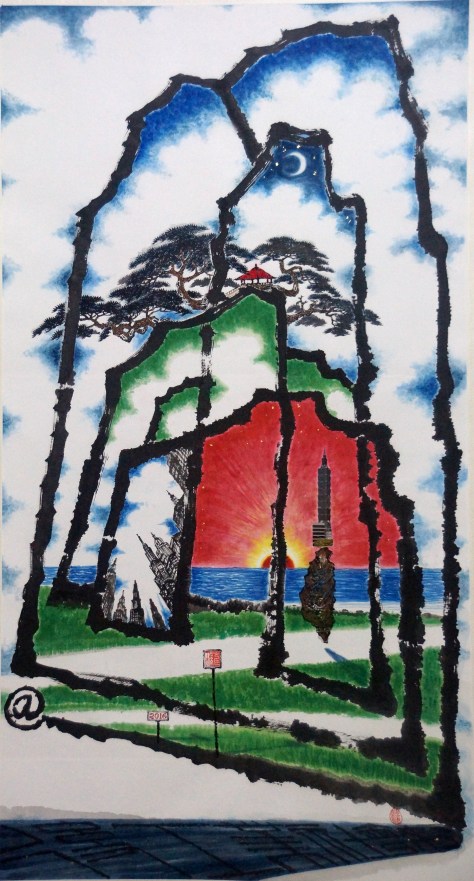 I’m taking this moment, after a few months reprieve from work on this blog, to announce the launch of the Ekphrastic Assimilations project. This will involve an exhibition, held at the VALA arts center in Redmond, WA and in conjunction with Ryan James Fine Arts in Kirkland, WA from September 15 through early November, as well as an academic conference to be held jointly by Pacific Lutheran University and the Seattle Asian Art Museum.

Please visit the website to learn more about the project, or check back here, where I will now be posting EA-related updates and information.

The next episode of my Chinese Visual Poets series. I’ve switched the format a bit from last two iterations. Hope its an improvement. Thanks as ever to Greg Youtz for allowing me to use his music, and to Yan Li.

Here is the second installment of my Visual Poets series. This one features the work of abstract painter and poet Xu Demin. In fact, Xu is one of the leading figures in both creating and theorizing abstract expression in contemporary China. His studio (formerly the Jiaodu Gallery 角度画廊) in Shanghai is a locus for such activities, but so are his courses at Fudan University, where he teaches history and practice of abstract art and poetry. The latter of these media, of course, the more extraordinary. The poem in this video is a good example of his abstract writing, and presented such translation challenges that I included Chinese characters as well. Feedback, as always, most welcome: 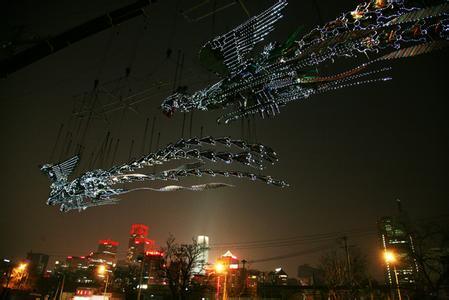 Here is the first episode of the Visual Poets series. This episode features the reading of an excerpt of Phoenix by Ouyang Jianghe. The poem was inspired by a sculptural work of the same title by Xu Bing. Xu Bing’s sculpture, actually two sculptures–a male “feng” 鳳 and female “huang” 凰– is comprised almost entirely of objects found on worksites in Beijing. Phoenix, created between 2008 and 2010, has been on view in both the US (Cathedral Church of Saint John the Divine in New York, and the Massachusetts Museum of Contemporary Art in North Adams, MA) and China (Today Art Museum).

Ouyang’s poem was also a two-year project, extending between 2010 when he saw Xu’s sculpture in New York, and 2012, when the work of 19 stanzas was finally published. At roughly 400 lines, the poem was first published in 2012 by Oxford (Hong Kong), and then re-published by Chinacitic Press this past July. The recording of the poem in the video took place on July 5, at the Central Academy for Fine Arts in Beijing where Chinacitic was promoting Ouyang’s book, along with two others (a new work of fiction by Liu He and an edited volume of poems for children by Bei Da0).  Xu Bing was also present at the event. 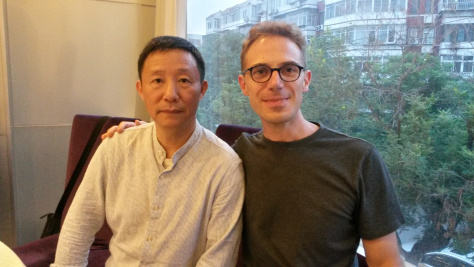