These days I’m back to work on an article concerning the poetry and visual art of Lo Ching (Luo Qing 羅青) with a special focus on self-portraiture in his verbal and visual work.  This has me considering self-portraits of a number of artists I’m often writing about, and self portraiture in general.

There are of course some notable instances of self portraiture in the Chinese visual art tradition.  Most spectacularly, perhaps, those of Ren Xiong 任熊, 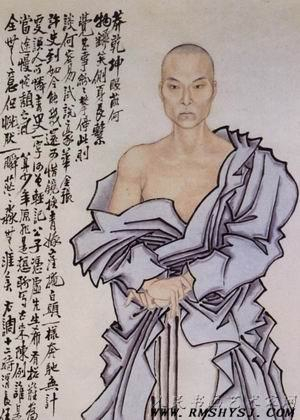 More recently, but still early in the modern period, Li Jinfa 李金发 and Ji Xian 纪弦 both worked in genre.  Here is Li’s “self-sketch on a Rome Night” from 1925: 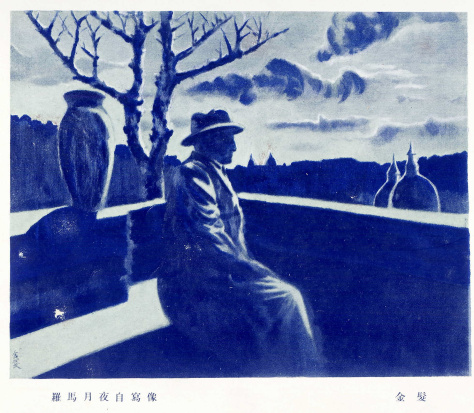 And one of many self portraits done by Ji Xian (this one 1934), who used the medium as a kind of punctuation for the various pauses and sometimes full-stops of his long career: 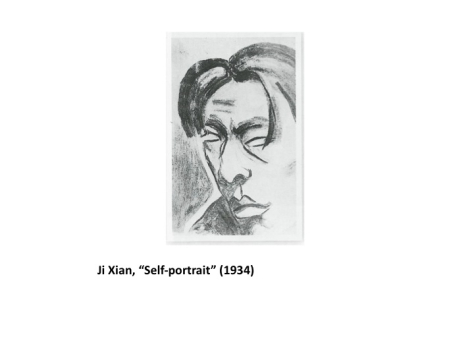 More recently, Yan Li 严力 created a few self portraits shortly after taking up painting in the late 1970s. This one is from 1982: 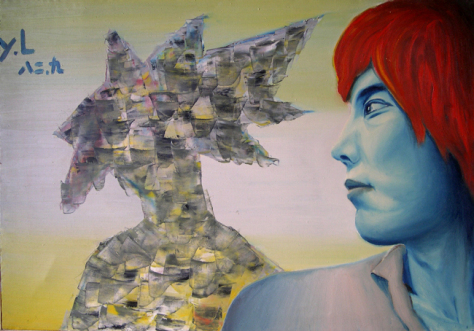 Coming to the contemporary era, the “self” shows itself to be a fully flexible concept, bound and also rent from identity in various ways, as suggested in the series by Cang Xin 苍鑫. 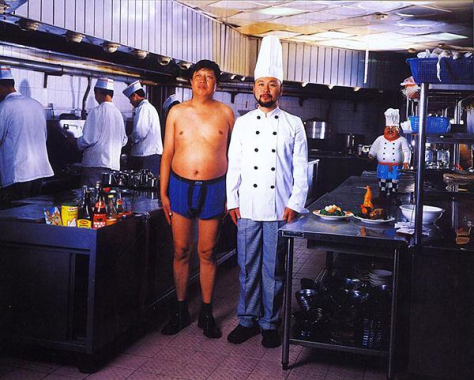 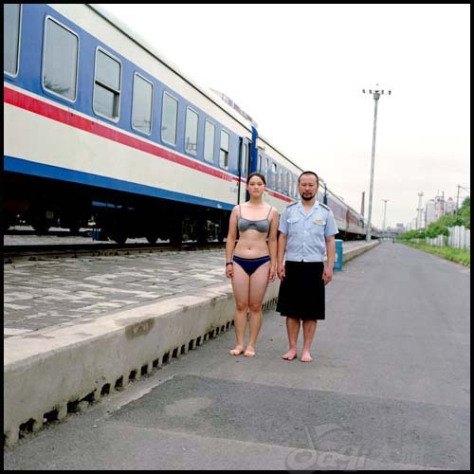 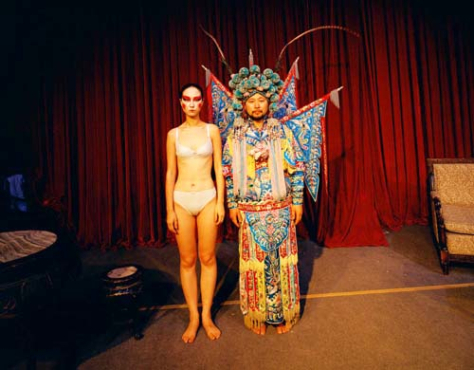 So what of Zhong Biao’s self portrait? He does not, as far as I know, much take himself as central focus of any painting.  His abstract work, though, can be seen as a self-portrait of such, a depiction of the mind’s interior, the “psychological fishbowl,” so to speak.  But even in the partially abstract, as in the image “Climax” from 2009, I think an argument can be made for self-same representation, particularly with Zhong’s deft use of the frame: 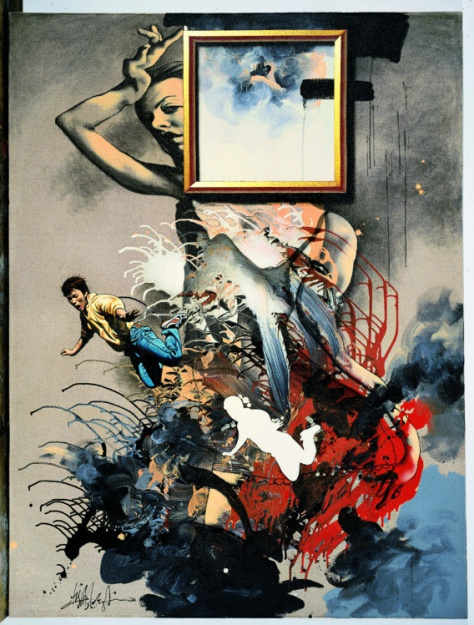 What, of course, transparent bowl shows us is an open question.